Awarded to the best article on American humor by a pre-tenure scholar, graduate student, adjunct professor, or independent scholar published in a peer-reviewed academic journal or book published in 2020 or 2021  Please submit by 1/15/2022 to: wustert@gmail.com

Applicants are invited to submit an electronic copy (in .doc, .docx, or .pdf form) of their articles together with the registration form to Tracy Wuster at wustert@gmail.com

All copies should be formatted for blind review and thus without identifying references or title. Applicants do not need to be members of the AHSA to submit.

Prize: $100; one-year membership in the AHSA; paid conference registration for the next AHSA conference.

The winner will receive a notice by the selection committee on the prize and the reasons the article was selected.

Please fill out this form completely, save it in a file named with your name, followed by AHSA Prize 2020-20121 and send it with the electronic version your article by email to wustert@gmail.com. This form and the article should be in .doc, .docx, or .pdf form.  Please make sure your article does not mention your name or other identifying information anywhere.

[  ] Adjunct, or other non-tenured scholar

NOTE: If not yet published, please include a copy of the acceptance letter verifying that it will have a 2021 journal publication date (even if the actual edition will not appear until 2022).

We are pleased to announce the winner of the Jack Rosenbalm Prize for American Humor Studies for 2018-2019. The committee awarded the prize to Perin E. Gürel’s essay “Amerikan Jokes: The Transnational Politics of Unlaughter in Turkey, which appeared in American Quarterly (Volume 71, Issue 1, March 2019).

“We all agreed that this article was beautifully written, demonstrated keen research skills, and introduced original arguments as it made insightful connections between humor and international diplomacy through its transnational approach to American studies. The article examines the intersection between American humor and Turkish politics in the second half of the 20th century. The writer skillfully analyzes how American humor and so-called ‘American jokes’ were popular in Turkey and how they were viewed as benign during the post-World War II era, a time when Turkey was one of the beneficiaries of the Marshall Plan. Turks perceived American humor to be part of a desirable, if at times silly and childish, modern and modernizing world. Yet the overwhelming intrusion of American culture and, in later decades, the growing disagreement between the U.S. and Turkey led Turks to view American humor as a manifestation of U.S. imperialism. The article places its subject firmly within this historical and political framework and incorporates a rich theoretical dimension that opens up methodological possibilities for future studies of American humor in an international context.”

The judges also chose an Honorable Mention for the prize: Albert Sergio Laguna’s essay “Edgardo Vega Yunqué and the Comedy of Race,” which appeared in Contemporary Literature (Volume 59, Issue3, 2018).

“We appreciated the article’s concise synthesis of Edgardo’s writings, its complex close readings of his work, and, not least, the important recovery work that it undertakes.”

Thanks to Todd Thompson (Chair), Teresa Prados-Torreira, and Beck Krefting for their hard work.

We are pleased to announce the winner of the Jack Rosenbalm Prize for American Humor Studies for 2016-2017.  The committee awarded the prize to Jessyka Finley’s essay “Black Women’s Satire as (Black) Postmodern Performance,”  which appeared in Studies in American Humor (Series 4, Volume 2, Number 2, 2016)

In “Black Women’s Satire as (Black) Postmodern Performance,” Jessyka Finley examines the under-explored work of African-American women’s postmodern humor which functions to destabilize historical narratives that “relegate black women to the margins of United States society.”  She explores the performances of Danitra Vance and Leslie Jones on Saturday Night Live as well as the work of web-series performers Azie Mira Dungey in Ask a Slave and Issa Rae in The Mis-Adventures of Awkward Black Girl. Throughout this well-crafted and compelling discussion, Finley contends that black women’s satire “becomes a postmodern performance tactic for comprehending, and engaging with, their personal and political interventions.” Employing careful readings of individual performances, she demonstrates the depth and complexity of material that merits more critical attention. The resulting essay is a formidable contribution toward meeting that need. Finley’s analysis breaks new ground in the field of postmodern studies of black comediennes and opens the door for further examinations generated by this illuminating inquiry.

We would like to thank Gillian Johns, Gretchen Martin, and Jeffrey Melton for their excellent work on the committee.

We are pleased to announce the winners of the Jack Rosenbalm Prize for American Humor Studies for 2014-2015.  The committee awarded the prize to Maggie Hennefeld’s essay “Destructive Metamorphosis: The Comedy of Female Catastrophe and Feminist Film Historiography,” which appeared in Discourse: Journal for Theoretical Studies in Media and Culture (Vol. 36: Iss. 2, Article 2).

We also awarded an Honorable Mention to “Cuban Miami on the Air: Narratives of Cubanía” by Albert Sergio Laguna, which appeared in the Journal of Latin American Cultural Studies (Vol. 23, Iss. 1, 2014).  We would like to thank Linda Morris, James Caron, and David Sloane for their excellent work on the committee.

On behalf of the Selection Committee for the Jack R. Rosenbalm Essay Prize offered by the American Humor Studies Association, we are pleased to announce the selection of Ina Seethaler’s essay, “Big Bad Chinese Mama: How Internet Humor Subverts Stereotypes about Asian American Women,” which the was the unanimous choice of the committee, with special praise for its clarity, originality, and insight.  We would like to thank Bruce Michelson, Gina Barecca, and Larry Howe for their work as the judging panel. 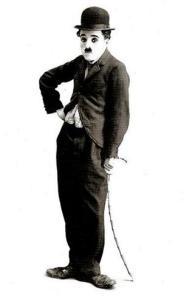